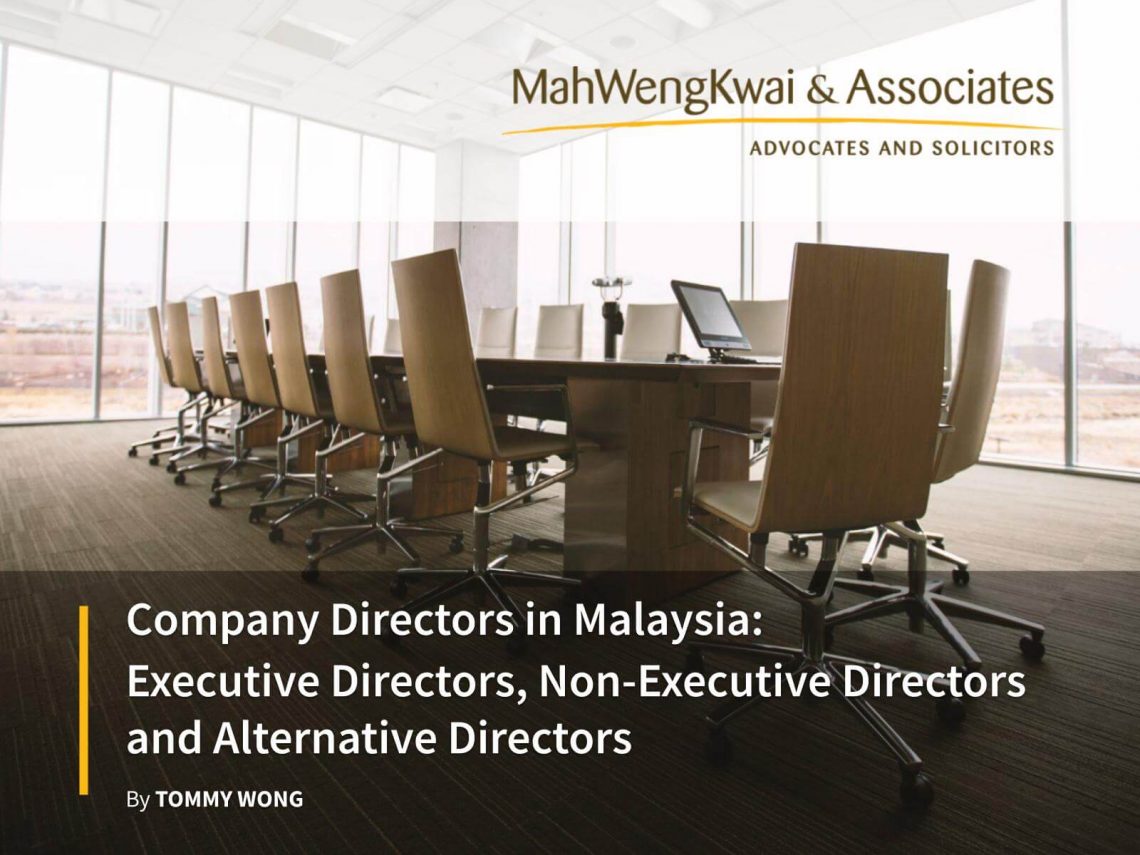 A director is an individual who is appointed to manage the affairs, business and operations of the company. Under the Companies Act 2016, the term “director” includes any person occupying the position of a director by whatever name called and includes a person in accordance with whose directions or instructions the majority of directors are accustomed to act and an alternate or substitute director. For context, an “alternate director” or “substitute director” is an individual that is nominated by a director of the company to, among others, attend board meetings or perform the fiduciary and statutory duties on that director’s behalf.

Directors have fiduciary and statutory duties and responsibilities towards the company, and must always act in the best interests of the company and with reasonable care, skill and diligence. It is important for a person, who intends or consents to be appointed or to act as a director, to understand the implications and responsibilities of doing so, regardless of the type of directorship.

Qualifications of a Person as a Director of a Company

An individual must satisfy the statutory requirements under the Companies Act 2016 to qualify as a director of a company in Malaysia. These requirements include the following:

If an individual does not meet the requirements above, the said individual is disqualified from holding office as a director of a company. In addition to the above, where a company has more than its required minimum number of directors, the company must ensure that:

A company has a duty to notify its company secretary and the Registrar of the particulars of any director intended to be appointed. The appointment of a director must be set out in the prescribed forms, which must be supported by:

(b)  The written notice from the individual consenting to his appointment as a director of the company.

Other supporting particulars include the individual’s personal information, contact details, and residential and service addresses of the individual. These documents must be submitted to the Companies Commission of Malaysia. A company can enlist the services of its appointed company secretary to prepare, advise on, complete and submit the relevant forms, documents and information to the Companies Commission of Malaysia.

As the saying goes, “with great power comes great responsibility.” Directors play a crucial role in promoting the success and good corporate governance of the company, and they all have fiduciary and statutory duties towards the company in which they are appointed. It is crucial for any person who intends or consents to, or is interested in, their appointment as a director of any company, whether executive, non-executive or alternate, to be aware of the degree of duties and implications of acting as a director.