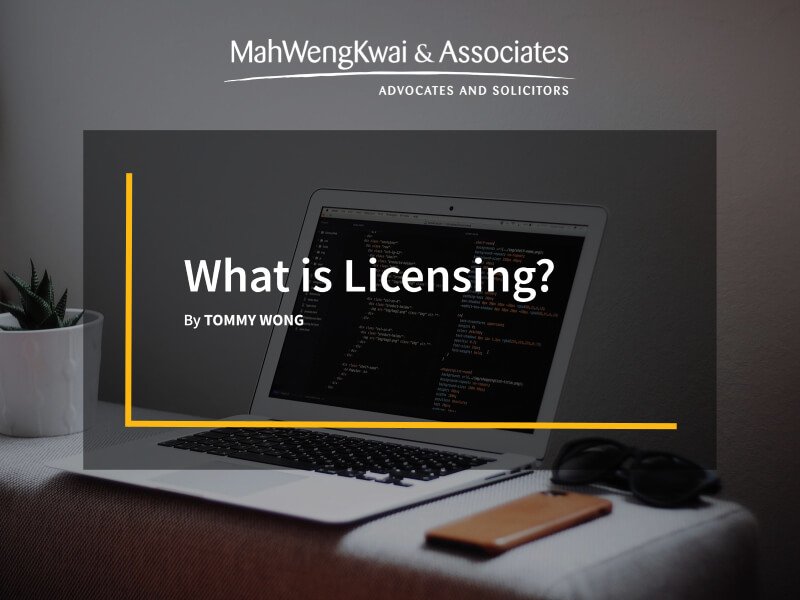 There are various types of licences that can be granted by a Licensor, which are as follows:

A Licensor can benefit from the granting of its Licence to the Licensee, as the licence fee sets up an opportunity for the Licensor to establish an alternate stream of income. For example, where a Licensor grants a Non-Exclusive Licence to four different Licensees, the Licensor will receive a licensee fee from each Licensee.

An advantage that Licensees can take into consideration is the amount of capital required to operate a business under a Licensor’s intellectual property rights, which is typically lesser as compared to the amount of capital required to start a brand new business. In addition, the Licensee may be able to reap more benefits if the trademark or brand name is already well-known.

In contrast with franchising, the concept of licensing allows a Licensee a vast amount of operational flexibility, which means the Licensor does not have much control over the Licensee’s business operations. Accordingly, the Licensor is exposed to a higher risk of misuse of its intellectual property rights.

Depending on the type of Licence granted by the Licensor, a Licensee may find itself competing with other Licensees operating under the same Licence. However, it is possible to minimize such risk by negotiating and incorporating a clause in the Licence Agreement, whereby no other Licensees are allowed to commence business operations within a specified radius from your business address and/or specified territory.

It is important that Licensors and Licensees understand that, despite the prospects of success under the concept of licensing, there can be no guarantee that a licensing business arrangement between a Licensor and a Licensee will be profitable. Often, where a Licensee does not make profits, the Licensor is not paid any license fee.

Differences between Licensing and Franchising

Under the Franchise Act 1998, the four requirements to be satisfied for a business to constitute a franchise are as follows: