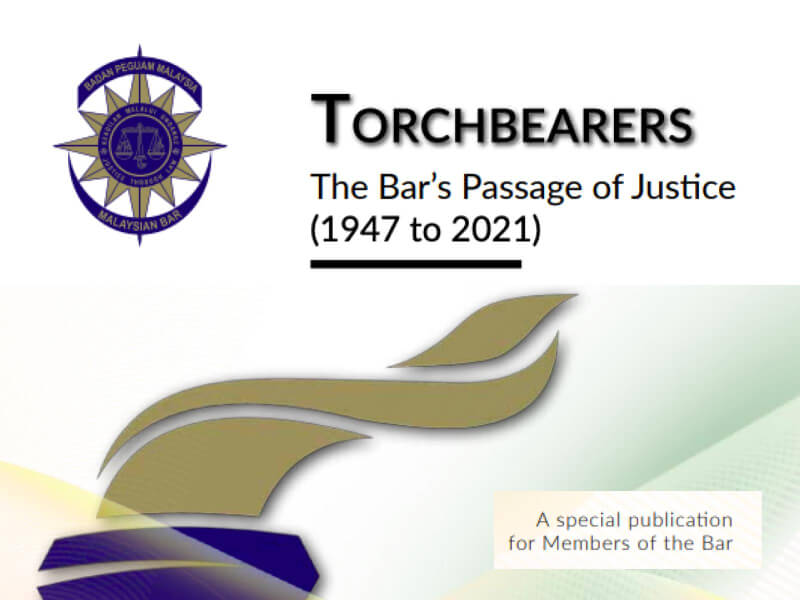 The Bar Council of Malaysia has recently published its First Edition of “Torchbearers: The Bar’s Passage of Justice (1947 to 2021)” which features all the Bar Council Presidents since 1947 until today, including MWKA’s founder and consultant, Dato Mah Weng Kwai. The write up is taken from the publication and reproduced below with permission from the Bar Council:

The Bar Council reiterates its stand that a judge must exercise his independent role without fear or favour. A judge should condemn the use of a particular law where its current application is contrary to the original intention of Parliament when it passed that law. In doing this, he is fulfilling his duty to the proper administration of justice and the rule of law. Prior to commencing private practice, Mah Weng Kwai had served in the Judicial and Legal Services of Malaysia in multiple posts. He then joined the Bar and in 2001, was elected as the President of the Malaysian Bar and would hold the position for two terms.

The Bar was active in engagements with the Judiciary, and in conducting courtesy calls on several members of the administration, during both years. The Bar met with the Chief Justice of Malaysia; Chief Judge of Malaya; Chief Registrar of the Federal Court of Malaysia; AG; Minister in the Prime Minister’s Department, Dr Rais Yatim; and the IGP; raising matters which were pertinent to the Bar.

In 2001/02, amendments were made to the Rules of the Federal Court 1995, Rules of the Court of Appeal 1994 and Rules of the High Court 1980. One of the key amendments that was welcomed was the introduction of a new rule providing that a Judge shall have regard to the justice of a particular case, and not only to the technical non-compliance of any of the rules. The Bar also pushed for the setting up of Family Courts in Malaysia. 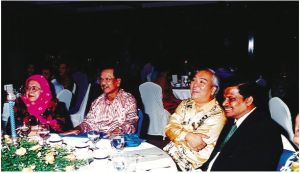 Dinner in honour of Tun Mohamed Dzaiddin b Haji Abdullah on his retirement as Chief Justice of Malaysia, 28 February 2003 (Mah Weng Kwai: second from right)

An EGM was convened on 31 May 2002 to discuss the Academy of Law Bill 2002 and its wide implications, which would affect not only the Bar Council and the legal profession, but also the legal profession as a whole. An ad hoc committee was set up, memorandums were prepared and submitted, and meetings were held with the respective authorities voicing the Bar’s concerns thereto.

Mah Weng Kwai was appointed by the IBA, in his capacity as the President of the Malaysian Bar, as a member of a fact-finding mission on the constitutional crisis in Sri Lanka. The mission discussed various matters relating to the rule of law and reviewed the state of the Judiciary and the legal profession in Sri Lanka.

In addition, the Bar Council GATS Committee (now known as the Bar Council International Professional Services Committee), of which Mah Weng Kwai was Chairperson, took a proactive role in the preparation and development of the groundwork needed to enable the legal profession to compete in and benefit from, a borderless environment. The GATS Committee prepared the draft “Requests for Market Access to the Legal Sector” for numerous countries, carried out surveys amongst Members of the Bar to study the readiness and the perception of the Bar relating to the liberalisation of the legal sector, and worked closely with various governmental bodies — such as, MITI, Professional Services Development Centre, MATRADE, AGC, and foreign law societies — in relation to relevant matters.

In early 2003, the Bar Council Secretariat moved to its new building on Leboh Pasar Besar after selling its two-storey building on Jalan Tun Perak. By this time, the number of Members of the Bar stood at 11,211. The Bar Council Library and Auditorium were shifted to the new premises so that the Secretariat, Library and Auditorium could be housed under one roof. The Bar website was also revamped and launched in conjunction with the opening of the new building.

Mah Weng Kwai is currently a Member of the Bar. 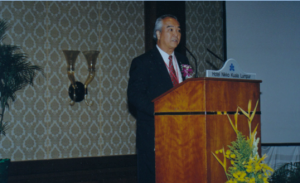 The text and images are taken from the publication, Torchbearers: The Bar’s Passage of Justice (1947 to 2021), published by Bar Council Malaysia.