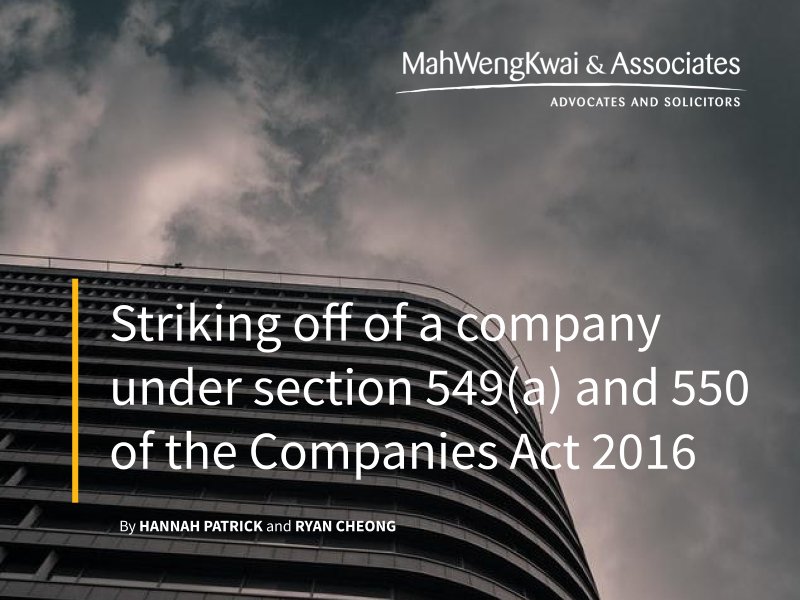 Who can initiate the striking off process under section 549(a)?

The Registrar of Companies may strike off a company either on his own motion or through the application by a director, member or liquidator of a company to the Companies Commission of Malaysia.

In paragraph 3 of the “Guidelines on Application by Directors or Members to Strike Off the Name of a Company under Section 550 of the Companies Act 2016”[2] (“Guidelines”) published by the Companies Commission of Malaysia, the Registrar may form his own opinion by looking into the company’s records in the register.

However, it is more common for a director, member or liquidator of a company to request the Registrar to form his opinion based upon their application.

For a successful application, the applicant must ensure that the company fulfils the following requirements prior to the application[3]:

Other than the ten items above, an applicant may obtain further guidance on the application by a subsidiary company[4] or a company limited by guarantee[5], from the Guidelines.

Any person may lodge with the Registrar an objection[9] to the application to strike off the company on the following grounds:

What happens after a company is struck off?

After a company is struck off the Register, the company will dissolve and cease to exist. The company will no longer be able to conduct any form of business or transactions.

Can a company which is struck off be reinstated?

A company which is struck off can be reinstated by the Court. Any person or business owner who is not satisfied with the decision of the Registrar to strike off the company may apply to the court to reinstate the company’s name into the Register within seven years from the date it was struck off[11].

An example of a reinstatement can be seen in the case of Greenlinx Sdn Bhd & Anor v Suruhanjaya Syarikat Malaysia [2012] MLJU 464[12], where the name of the 1st Petitioner’s company was struck off the register by the Respondent for its failure to file annual returns since 1999. The Petitioners argued that it was just that the company’s name be restored to the register, as they were pursuing an ongoing counterclaim against another company at the time of the striking off. The Court held that it was just and equitable for the 1st Petitioner to be restored to the register so that it could proceed with its counterclaim against the other company. In short, the Courts are vested with the discretion to order the restoration of company names which have been struck off, provided that it is equitable to do so.

To strike off or to wind up?

Although striking off and winding up of a company achieve similar outcomes, i.e. the dissolution of a company, stakeholders are to consider the company’s ability to fulfil the requirements set out above when making a decision.

If the company is fully compliant with the requirements, striking off would be more appropriate considering the efficiency, simplicity and lesser cost involved.

The striking off mechanism provides many advantages to business owners who do not wish to go through the more lengthy and tedious process of winding up a company. As such, business owners are encouraged to consider the viability of this avenue when planning for a business closure.

By Hannah Patrick and Ryan Cheong

[3] Paragraph 5 of the Guidelines

[4] Paragraph 6 of the Guidelines

[5] Paragraph 7 of the Guidelines

[6] Appendix 1 of the Guidelines

[7] Appendix 2 of the Guidelines

1. What governs the rights and obligations of developers and purchasers of properties? The sale…

It is common practice for employers to hire employees under fixed term contracts in Malaysia…. 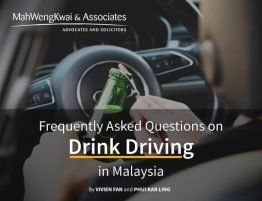 1. Is it an offence to drink and drive in Malaysia? It is an offence…