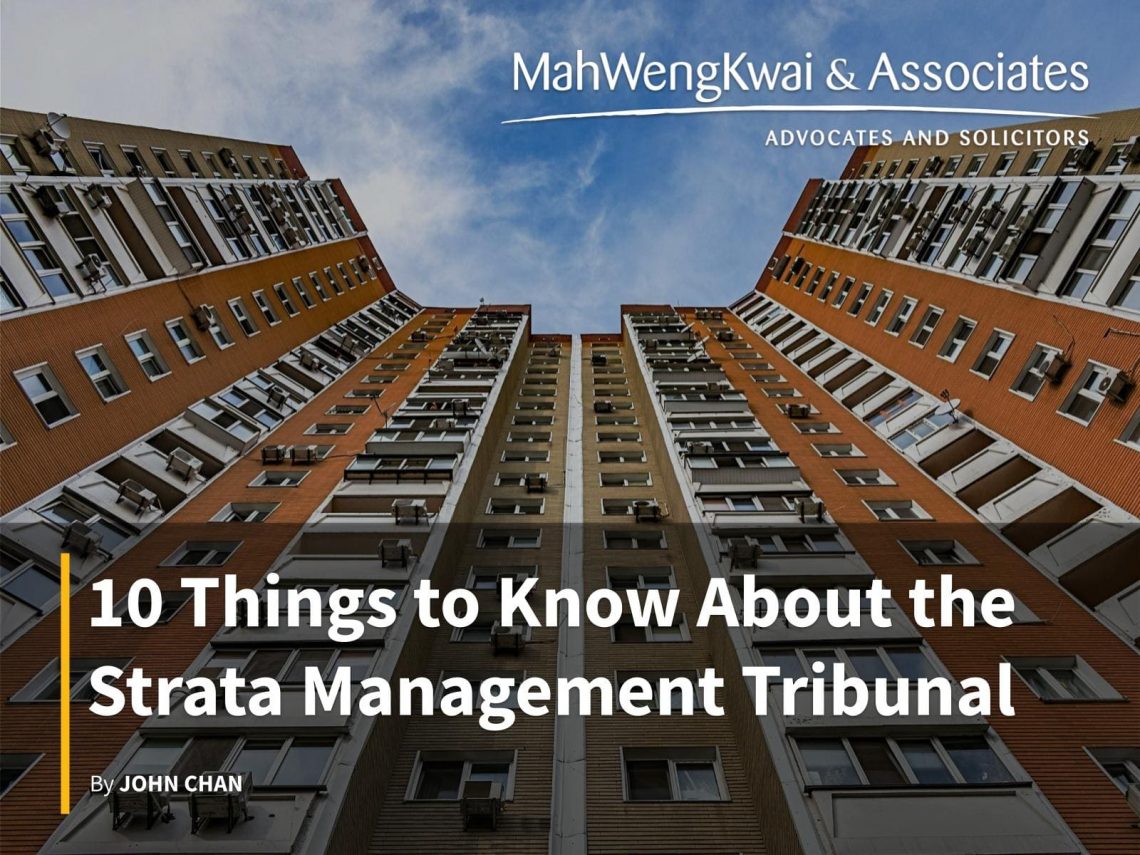 Here are 10 essential things to know about the Strata Management Tribunal:

Under the Strata Management Act 2015, the Tribunal is required to make its Award without delay and where practicable, within 60 days from the first day of the hearing. Its Client Charter includes the aim to settle a claim within 150 working days.

The jurisdiction of the Strata Management Tribunal includes:

The Strata Management Tribunal has the power to:

4. Parties who can file a claim

The following persons and entities are entitled to file a claim in the Strata Management Tribunal:

All proceedings of the Strata Management Tribunal are open to the public.

By default, parties are not allowed to be represented by lawyers at Strata Management Tribunal proceedings. However, the Tribunal may allow legal representation if:

Although lawyers may not ordinarily be allowed to speak on behalf of a party during the Tribunal proceedings, a party either pursuing or defending a Tribunal claim can and should still seek legal advice and assistance. Lawyers may be engaged to assist a party with the formulation of a claim or defence and the preparation of the forms, cause papers and submissions to be filed in the Tribunal.

If the respondent to a Tribunal claim fails to file a Statement of Defence, the Tribunal may proceed to make an award in favour of the claimant on the hearing date.

8. Non-compliance of Award is a criminal offence

The failure to comply with a Tribunal Award is a criminal offence under the Strata Management Act 2015. If found guilty and convicted, a person may be liable to a fine not exceeding RM250,000 or to imprisonment for a term not exceeding 3 years or to both. For a continuing offence, there will be a further fine not exceeding RM5,000 for every day or part thereof.

In July 2020, the Subang Jaya Municipal Council through its Commissioner of Buildings (COB) prosecuted a parcel owner for failure to comply with a Tribunal Award to pay outstanding maintenance charges. The Subang Jaya Magistrate’s Court convicted the parcel owner and imposed a fine of RM5,500.

9. Award may be executed

10. Award may be challenged by judicial review

Parties can and should engage lawyers to advise and represent them in the judicial review proceedings at the High Court.