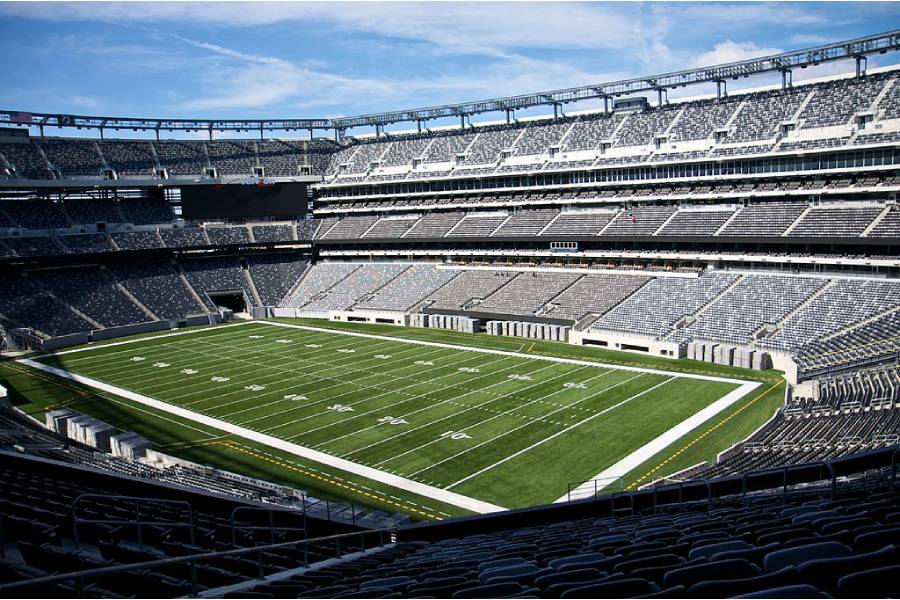 The thought of an athlete falling or slipping may seem inconsequential at first because the athlete may regain their balance in time, or just pick themselves back up and give the injury very little thought. However when the fall or slip causes injury, the matter then becomes more significant. It is not uncommon for such incidents to occur in sports seeing that majority of sports are physical in nature.

The question is; in the event the athlete was not injured while participating in a sport but the accident still happened within the stadium premises, would the stadium management still be liable for such an accident and if so, to what degree?

This question was discussed in a case in the United States of America.

Eugenie Bouchard is a 24 year old professional tennis player. Sometime in 2015, Bouchard wanted to end the night with an ice bath – something that she regularly does. In order to get the ice, she had to walk through the trainers’ room. Unfortunately, on that fateful night, the floor of the trainer’s’ room had cleaning substances on it, causing Bouchard to slip and suffer a concussion. Bouchard claims to have informed her trainer beforehand of her intentions to take the ice bath. It was also said that the cleaners were only meant to start cleaning up the facility (which includes the trainer’s’ room) after every player has left the building. Here, an assumption was made that Bouchard had left the building following which the cleaners applied the cleaning liquids on the floors. Bouchard brought an action against the United States Tennis Association (USTA). A lone witness, who was a trainer, refuted assertions that the players were encouraged to enter the trainer’s’ room without a trainer present. USTA however agreed to the fact that the cleaners were only meant to start cleaning once everyone had left the building. Liability was assessed in February 2018 and the Federal Court in Brooklyn held that USTA was 75% liable for the incident.

We venture to ponder how this case may apply in Malaysia. While the United Kingdom has the Occupiers Liability Act 1957, there apparently is no equivalent law here in Malaysia. It must be borne in mind that in some situations, while the United Kingdom’s Acts of Parliament may not be applicable in Malaysia, common law principles however could possibly apply by virtue of Section 3(2) Civil Law Act 1956. Armed with both these points in mind, we will attempt to discuss whether or not the decision in Bouchard’s case would be applicable should an athlete fall down in a Malaysian stadium.

Here, we focus on the care and safety that occupiers as well as third parties (trainers and cleaners) owe to visitors. An occupier is a person who has sufficient degree of control over a premise. The occupier’s duty generally involves care owed to a visitor who are on the premise and also to ensure that the visitor is safe for the purposes he/she was invited for. The said premise includes all forms of buildings, land, vehicles and structures.

Are third parties then liable for the injuries caused in the grounds of a stadium?

Another possibility is that the stadium management may contract the work out to an independent contractor i.e. someone who is self-employed and who is not told specifically what to do by the stadium management. In such a situation, the self-employed contractor has a duty to provide a competent standard of work and therefore would be personally liable for their own work.

Therefore, if the contractor then fails to provide work of competent standard, this would go against the said contractual agreement between the stadium management and the contractor may be held liable for that breach. The distinction between who are servants or agents and independent contractors was established in the case of Honeywill and Stein Ltd v Larkin Brothers Ltd [1934] 1 KB 191.

An employer is not liable for the acts of the independant contractor the same way as they are for the acts of their servants / agents even though these acts are done whilst carrying out the work done for the benefit of the employer under the contract. The determination of whether the actual wrongdoer is a servant / agent or an independent contractor depends on whether or not the employer not only determines what should be done, but retains the control of the actual performance. In that case, the wrongdoer is the servant / agent. However, if the employer while prescribing the work to be done, leaves the manner of doing the work in the control of the doer, this wrongdoing is of an independent contractor.

Bouchard alleged that the cleaners acted negligently. The rule was that the place was to be cleaned only when everyone had left the building. The cleaners should have made sure that everyone had truly left for the day. The cleaners could have further protected themselves by putting a sign indicating that the floor was slippery. In the event that a situation like this arises in Malaysia, there is a possibility that the outcome may be similar to the one held in Bouchard’s case.