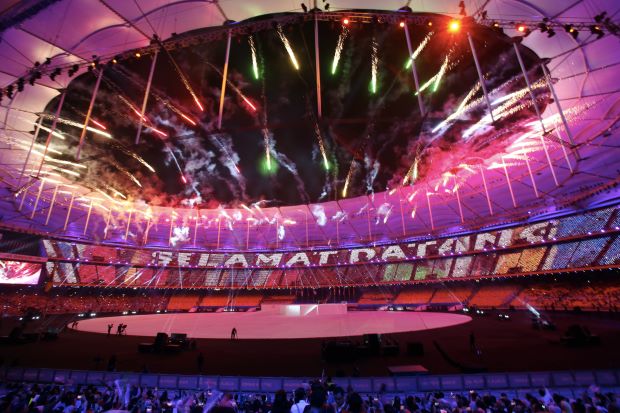 This year in 2017, our home country Malaysia will host the 29th SEA Games; themed “Rise Together”. From a Sports Law point of view, the Games brings to the fore, rules and regulations which are normally associated with a regional sports event. In this article, we wish to tackle 3 issues about the SEA Games from the Sports Law perspective.

Under Article 31 of the SEAGF Charter and Rules, the rule only allows the nationals of the country in National Olympic Committee (NOC) to represent the NOC in the Games. All disputes relating to the determination of the country shall be resolved by the Executive Committee in accordance to the By-Law to Rule 46 of the Olympic Charter.

According to the SEAGF directive, the member nations of Southeast Asia consists of Malaysia, Philippines, Singapore, Vietnam, Cambodia, Timor Leste, Myanmar, Laos and Brunei. This explains that only the nationals of the countries aforementioned may be eligible to participate in the Games as they are part of the NOC. An athlete who is holding a status of Permanent Resident (PR) is not explicitly allowed to represent the country in which they hold a PR.

However, Article 31 provides that should there be a dispute on the nationality of the athlete, the Executive Committee shall have the final say by referring to the By-Law to the Olympic Charter. With reference to By-Law to Rule 41 of the Olympic Charter; if a competitor who is a national of two or more countries at the same time, the athlete has the option of representing the country of the athlete’s choice. Therefore technically if an athlete holds more than one nationality and one of it belongs to the Southeast Asian member nation, the athlete may be eligible to participate in SEA Games.

Generally in any sporting event, the relevant doping agency will put into place a system of tests and enforcement against usage of drugs to enhance performance. The principal authority for anti-doping in  sports is the World Anti-Doping Agency (WADA).

WADA releases a list of performance enhancing drugs which are prohibited / banned. WADA also legislates a set of rules which are generally applied, enforced and engaged in at all international sporting events. The pertinent aspects of the rules involves impromptu tests on athletes, consequences of a positive finding of drugs and the adjudication which follows the finding of a positive test.

According to the SEA Games technical handbooks for various sports, anti-doping control during the SEA Games will be taken charge of by the Malaysia Organising Committee for Kuala Lumpur 2017 (MASOC) under the guidance of SEAGF. Through the collaboration between MASOC and SEAGF, the World Anti-Doping Code (WADA Code) will be applied for the SEA Games. MASOC will strictly abide to WADA’s directions relating to the prohibited list of medication, standard procedures for tests and analysis. MASOC will also be setting up a doping control station at the competition venue similar to what we see commonly practised during the Olympic Games or any other world class sporting event, to provide immediate support for anti-doping operations during the Games.

Therefore, as a doping offence is one of strict liability; if an athlete is found to have failed a doping test conducted by MASOC in accordance to the WADA Code, the athlete may be found liable for the offence. An athlete who is found positive may be stripped off any medal won and/or be immediately removed from the Games. Nevertheless, the athlete has the right to lodge an appeal which may be resolved by a special arbitration panel.

Speaking about the formation of tribunal above, The Malay Mail on 10th January 2017 had published that “the Olympic Council of Malaysia (OCM) has for the first time introduced the Kuala Lumpur Regional Centre for Arbitration (KLRCA) as an independent body that will adjudicate cases arising during the Kuala Lumpur Sea Games”. The formation of this tribunal particularly the involvement of KLRCA  augurs well for the development for the dispute resolution in sports.

According to The Malaysian Digest on 21st March 2017, “the role of such arbitration panel is to solve and make decisions on disputes immediately. The objective should be to resolve issues in 24 hours, just like in Olympics, Asian Games and Commonwealth Games and will only be in service for the Games”. Thus, if any dispute arises during the Games, the matter will not need to resort to the common court system but the tribunal panel shall assume the responsibility to tackle such issues efficiently.

Meanwhile, Malaysian Digest has also mentioned in press statement aforementioned, in order to maintain the impartiality and efficiency of the panel for the tribunal, it must consist of 3 members from Malaysia and one each from Philippines, Indonesia, Cambodia and Vietnam. This seeks to ensure the diversity of the panel to prevent partiality.

When deliberating and deciding a dispute, the tribunal panel will adhere to the sporting-dispute standard of proof of “comfortable satisfaction”. This is illustrated in the cases of Veronica Campbell-Brown v The Jamaica Athletics Administrative Association (JAAA) and International Association of Athletics Federation (IAAF), where the panel held that the standard of proof is comfortable satisfaction. Effectively, the standard requires the complaining parties to establish sufficient evidence which would comfortably satisfy the panel. Generally, this standard is seen to be higher than the civil standard of “balance of probability” but somewhat lower than criminal standard of “beyond reasonable doubt”.

Sporting events are well known for being a bridge to fill gaps between people or nations. It is a language which is borderless and it connects the community towards unity. For the 29th SEA Games in Kuala Lumpur 2017, “Rising together” serves as the theme of the Games and that cultivates togetherness among Malaysians.

In addition, the strong anti-doping culture prevalent in SEAGF also augurs well for the development of anti-doping rules. With the abovementioned tribunal in place, any dispute pertaining to anti-doping issues can be dealt in a proper Sports Law manner as opposed to ad hoc hearings.

We look forward to a strong entertaining SEA Games but over and above that, we also look forward towards further improvement and enhancement of Sports Law through this SEA Games.

May the best team win!