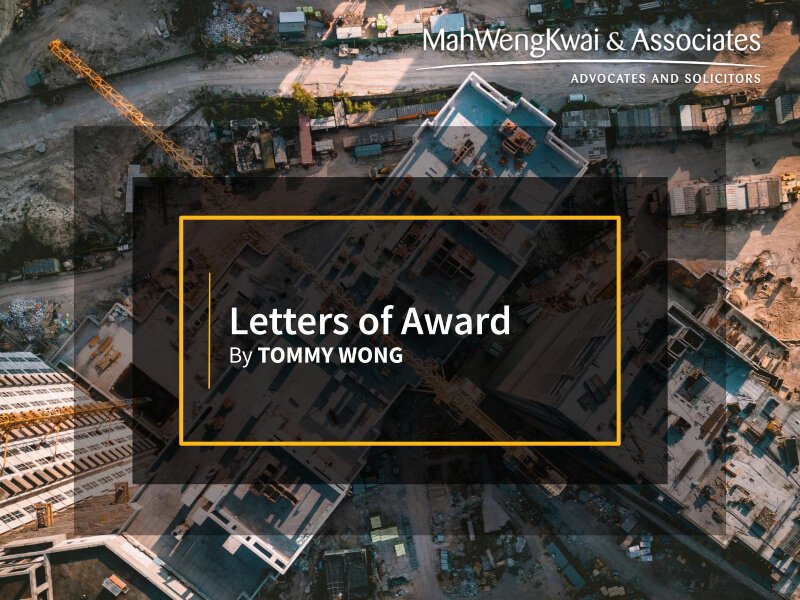 What is a Letter of Award?

In many construction or development projects (“Projects”), an employer (“Employer”) will usually invite contractors (“Contractors”) to submit their respective bids and offers (“Tenders”) towards a specific scope of work of the Project, such as the supply of goods and rendering of works and services. Where the Tender of a Contractor is successful, the Employer will notify the Contractor of such success by way of a letter of award (“Letter of Award”), which is sometimes referred to as a letter of acceptance.

A Letter of Award sets out the key terms and conditions which will be included in the formal contract between the Employer and the successful Contractor (“Contract”). Terms contained in a Letter of Award typically include the following:

Is a Letter of Award legally binding?

“Until such time the formal Contract and the supporting Contract Documents are being prepared and executed between [the Employer] and the [successful Contractor], the duly signed copies of this Letter of Award, together with the [successful Tender], shall constitute a legally valid and binding between the Parties.”

In addition to the above, the signed Letter of Award may be binding on the relevant parties in the event there is no subsequent formal Contract to be entered into. An example of such a term which may appear in a Letter of Award is as follows:

“This Contract, together with the Contract Documents, shall constitute the entire agreement between the Parties relating to the subject matter contained in or the obligations to be performed under this Contract, and shall supersede all communications, negotiations, commitments, understanding and agreements previously agreed to between the Parties, whether oral, written or otherwise.”