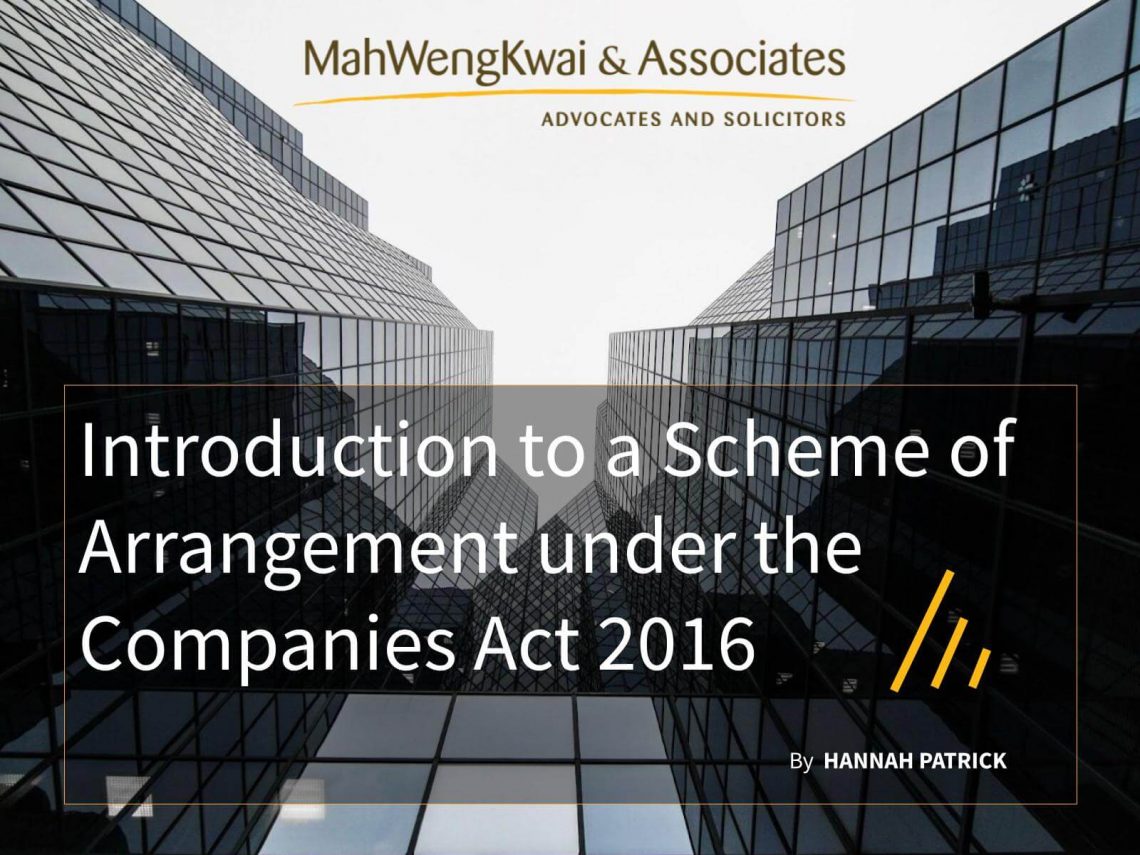 A scheme of arrangement is essentially an agreement made between a financially distressed company and its creditors on a debt-restructuring exercise to aid the company in paying its debts. It is one of the corporate rescue mechanisms provided under the Companies Act 2016. This article aims to introduce the scheme of arrangement, the objectives to be achieved by this scheme and the stages involved.

What is a Scheme of Arrangement?

The stages in a Scheme of Arrangement

Under the Companies Act 2016, there are 3 stages to be fulfilled before a scheme of arrangement is considered to be successful.

In this early stage, the court will identify and determine, amongst others, the formulation or composition of the classes of creditors.

There is also no automatic moratorium for creditors to commence legal proceedings against the company, unless the applicant applies for a restraining order at the convening stage itself.

The restraining order here is an order to stop creditors from commencing proceedings to enforce their debts on the company. The relevant provision under the Companies Act 2016 is Section 368. In Mansion Properties Sdn Bhd v Sham Chin Yen & Ors [2021] 1 MLJ 527, the Federal Court stated that the purpose of Section 368(1) of the Companies Act 2016 is to preserve the status quo and to prevent efforts to develop and approve a scheme of arrangement from being thwarted by the dissipation of the company’s assets.

The court will likely only allow the application for a restraining order if the following conditions are met:

A restraining order, once successfully obtained, would last for only 3 months and may only be extended for a period of not more than 9 months. A notice of the order should also be published in a widely circulated newspaper, in order to notify creditors of the order.

After the court grants permission for the applicant to convene the meeting, the company will continue to engage with its creditors to negotiate the terms of the scheme before the meeting.

This is the court-approved meeting where proposals for the scheme are presented. Prior to the meeting, a notice of the meeting will have to be advertised and served pursuant to Sections 366 and 369 of the Companies Act 2016.

Once the 75% approval has been granted for the proposed scheme, the applicant will now make a second application to court to sanction the approved scheme of arrangement.

The court at this stage will scrutinise the scheme to ensure that the statute has been complied with. Some of the court’s considerations are:

The court may grant the sanction subject to additional conditions and alterations where it sees fit.

Once the sanction is granted, the scheme of arrangement will bind the company, its members, liquidators and contributories of all classes of creditors, including the minority creditors who may have opposed the scheme.

A copy of the sanction order shall be then lodged with the Companies Commission of Malaysia and annexed to every copy of the company’s constitution issued after the order was made.

In the wake of a challenging economic climate, a financially distressed company may consider obtaining a court-sanctioned scheme of arrangement to tide things over until it once again becomes a going concern.

If you are considering this option, please contact us for a free consultation.