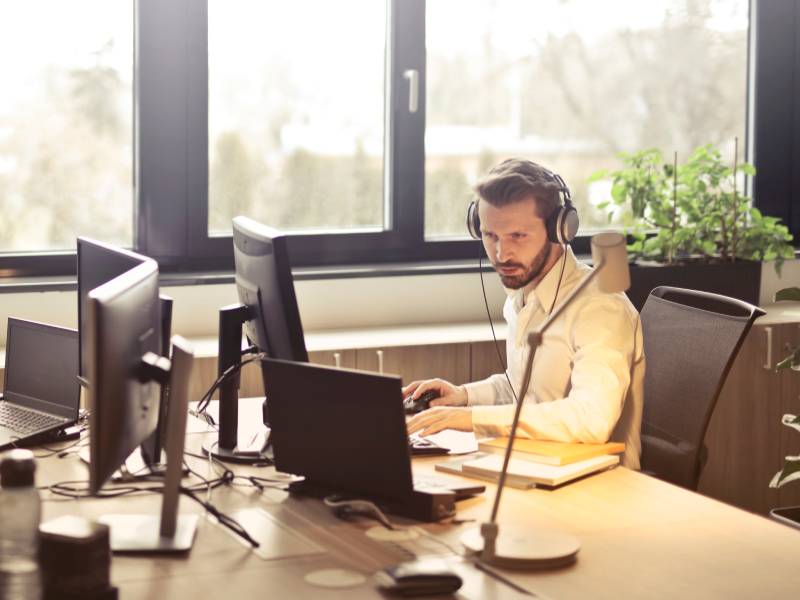 Employee absenteeism is a common and recurring problem faced by employers in Malaysia. A survey by the Malaysian Employers Fede­ra­tion (MEF) in 2016 found that Malaysian companies suffer more than RM6 billion in yearly costs for man-days lost through the absence of their employees. This article will explore the realities and considerations for employers in dealing with employees’ absenteeism without leave.

Two significant issues which come up are whether absenteeism without leave is a serious misconduct and whether it justifies immediate dismissal by the employer.

The Courts have consistently decided based on the general principle that absenteeism without leave by an employee is a serious misconduct. Employees do not have the right to go on leave without the approval and consent of their employers.

“An absent workman misconducts himself if he is either absent from work without reasonable excuse or, if he has a reasonable excuse, fails to inform or attempt to inform his employer of such excuse prior to or at the earliest opportunity during his absence.”

In Penang Mutiara Beach Resort & Anor v. Mohd Amin Mahmud Halder [2003] 3 ILR 1358, the Industrial Court decided that the claimant (employee) had committed a grave misconduct by blatantly absenting himself from work without getting prior approval from the hotel. The claimant’s wilful absence without prior approval demonstrated and amounted to a serious act of misconduct which justified the hotel in dismissing him.

The Industrial Court in Sandran a/l Perumal v Nestle Manufacturing (M) Sdn Bhd [2014] 2 ILJ 356 decided that until and unless there is an express approval by the employer, the employee cannot go on leave.

From the authorities above, it is apparent that absenteeism without leave justifies the immediate dismissal of an employee.

“Absenteeism may appear to be a minor misconduct but when it is prolonged and employers are not notified of the ’emergency’ leave that has not been applied for or the unexplained leave afterwards of employees as in the case of the claimant, it can subsequently become a very serious problem. The result is that employers will be left in a lurch having to find other staff to cover the absent employees’ work and naturally, will cause disharmony in the workplace. The Court is of the opinion that the company was justified in dismissing the claimant after the company had indeed given the claimant many opportunities to improve on his punctuality and attendance at work.”

In the case of Zaihasra Aquma Zainall Abidin v IDOTTV Sdn Bhd [2014] 2 LNS 1317, the employee was absent from work for more than two days with full knowledge that her application for leave was still pending. The Industrial Court found that her dismissal was justified, reasonable and proportionate even though it was the employee’s first unexcused absence:

“The Court has noted that the Claimant absenteeism was a first instance of unexcused absence from work. The Claimant has absented herself for more than two days for no compelling reason even though this is her first instance. She failed however to notify the Company without good cause that she will not be reporting for work form 15 to 19 March 2010 she is deemed to evince a willful disregard of the Company’s interests and is rightly discharged for misconduct. I do not think her application for leave to COW.1 can be regarded as an extenuating circumstance that would perhaps show that her termination was unjust in the light of the circumstances of the case. The Court’s findings are reinforced by the fact that her record at work is replete with her previous violation of standard behaviour for which she has been warned/reprimanded. That is why the Court finds that her first unexcused absence constitutes misconduct warranting the punishment of dismissal. It must be stressed that the Claimant left knowing her application for leave was pending; the Claimant breached willfully and materially a duty that she owed to the Company that is to be at her place of work. It is incumbent upon the employee to clarify if need be or ascertain whether her leave applied for has been approved or not. The Court has considered the principle of proportionality of punishment and finds that on the facts and evidence dismissing the Claimant was reasonable.”

In determining whether an employee was absent without leave from work, the Industrial Court will also look at the nature and scope of the employee’s work in the company.

In the case of Wan Ahmad Firdaus Bin Wan Rossman v Hong Leong Bank Berhad (Award No. 3196 of 2018), the company had dismissed the claimant on the ground of absenteeism without leave for four days. The claimant denied the allegation of absenteeism and alleged that as a direct sales executive in the company, he was required and given the liberty to work outside of the office to meet clients. Based on the documentary and oral evidence, the Industrial Court found that the employee had in fact been away from the office for more than three months and the company was aware of this but did nothing. The company was fine with the claimant working outside of the office and only prioritised the claimant’s performance and collections. As such, the Industrial Court held that the company’s dismissal of the claimant was without just cause and excuse.

In considering whether the company’s dismissal of an employee on the ground of absenteeism was justified and reasonable, the employee’s work record will also be examined by the Industrial Court.

In the case of Zaihasra Aquma Zainall Abidin v IDOTTV Sdn Bhd [2014] 2 LNS 1317, the Industrial Court found that the employee’s dismissal was justified even though the absenteeism was an isolated incident because the employee’s record at work was tainted with her previous violation of standard behaviour for which she was warned/reprimanded by the company.

Employers should always be alert and prompt in addressing any issues employee absenteeism to avoid the possible counter-argument that the absenteeism had been condoned/waived/forgiven by the employers.

“Condonation is generally described as a permission granted to an employee retroactively to cover a prior misconduct or breach of duty. And the uniform rule is that an employer who continues to keep an employee with full knowledge that the latter has committed a breach of duty condones the breach, and such waiver or retroactive permission prevents the employer from later punishing the employee for it. Once a master has condoned any misconduct which would have justified dismissal or fine, he cannot after such condonation go back upon his election to condone and claim a right to dismiss the servant or impose a fine or any other punishment in respect of the offence which he has condoned It is also settled that permitting an employee to return to service after an authorized absence is a condonation thereof.”

In the case of Zulkefly Ibrahim v Airport Limo (M) Sdn Bhd [2007] 2 LNS 1844, the employee was absent from 25.9.2001 to 8.11.2001 but the employer continued to employ the employee until 26.11.2001. The Industrial Court held that the employer had condoned the employee’s alleged misconduct and cannot, therefore, later use the condoned offence as a ground for dismissal.

It is always prudent for the employer to communicate clearly to its employees whenever its employees commit absenteeism without leave. The employer should seek clarification and evidence from the absent employee and thereafter decide on the appropriate sanction to be imposed on the employee. This will set an example to all other employees and show that the employer does not take absenteeism lightly.

By John Chan and Raymond Mah