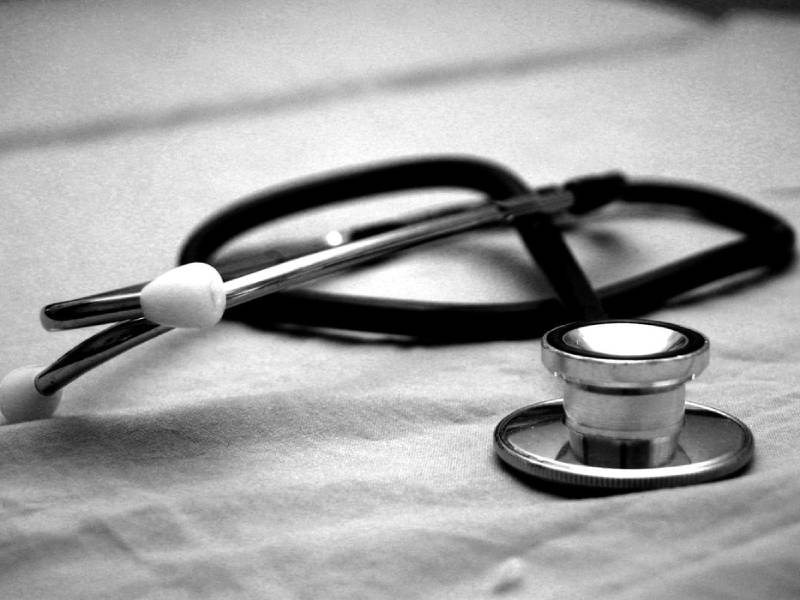 At the time of writing, the countries that top the chart with the highest number of deaths and patients who tested positive for COVID-19 are Italy, Spain, the United States, followed closely by France and the United Kingdom. Although the COVID-19 virus infects people of all ages, the World Health Organization (WHO) has identified two groups of people in particular who are at a higher risk than others, namely older people and those with underlying medical conditions.

In early April 2020, it was reported by several online news portals in the United Kingdom that elderly patients who tested positive for coronavirus were pressured into signing “Do Not Resuscitate” (DNR) forms. It was also reported that a patient with respiratory problems was given a DNR form to be signed which states that “CPR will not be successful” due to her underlying medical conditions.

1. What is a ‘Do Not Resuscitate’ order?

An advance medical directive (AMD) is a document that specifies a patient’s wishes in terms of the types of treatment to be administered (or not to be administered) by the doctors. According to Datin Dr V. Sivasakthi, the head of Anaesthesiology and Intensive Care Services in Hospital Kuala Lumpur, patients who might issue an AMD would include those facing imminent death, terminally ill patients, those with severe and irreversible conditions impairing cognition and consciousness and a competent patient who states his/her wish to have life support withdrawn in the case of a terminal illness. With the DNR order which is a type of AMD executed in advance by the patients, the doctors are instructed, on the patient’s directive, not to administer cardiopulmonary resuscitation (CPR) in the event of cardiac arrest (heart stops) or respiratory arrest (breathing stops).

Although a DNR order promotes a patient’s autonomy in refusing treatment and is commonly used in Western countries, the same cannot be said in Asian countries. This is attributed to the cultural differences wherein the family bond is very strong amongst Asian families. The use of DNR orders generates both legal and ethical dilemmas between patients, their family members and doctors, as it conflicts with the principle of sanctity of life and doctors’ obligations to treat and save their patients.

2. Can a patient prevent the doctors from resuscitating him/her?

A patient’s right to refuse treatment is recognized by our Malaysian Medical Council (MMC) in its guideline “Consent for Treatment of Patients by Registered Medical Practitioners” (“Guidelines”). Pursuant to Clause 17 of the Guidelines, every individual is entitled to refuse medical treatment regardless of the “reasons for making the choice whether they are rational, irrational, unknown or even non-existent”.

In St George’s Healthcare NHS Trust v S; R v Collins and others, ex parte S [1998] 3 All ER 673, the English Court of Appeal recognized a pregnant lady’s right to autonomy and self-determination and ruled that she was entitled to refuse medical treatment even when her own life was “depended on receiving such treatment”. Her right to autonomy was not diminished merely because “her decision to exercise it might appear morally repugnant”. However, In Re T (Adult: Refusal of Treatment) [1992] 3 WLR 782 emphasized that even though the patient was legally entitled to refuse blood transfusion on religious reasons, the patient’s refusal was not effective nor valid on the ground that the patient was pressured by her mother and the latter’s belief in the sin of blood transfusion.

There are many reasons as to why a patient may choose to execute a DNR order. Research published in the US Journal of General Internal Medicine titled “Why Do Patients Agree to a “Do Not Resuscitate” or “Full Code” Order? Perspectives of Medical Inpatients” (2011) by James Downar found that patients made their decisions based on three considerations: (1) personal factors reflecting lifestyle or health status; (2) relational factors – either to family or society as a whole; and (3) philosophical factors – reflecting what they felt to be “appropriate”. This may include patients who wish to be relieved of their sufferings or they do not wish to impose any burden on their family members in caring for them. Some patients further view the act of CPR to be a death-delaying act, which runs counter to their beliefs or view that the course of nature should not be altered.

In certain situations, patients might consider signing a DNR order upon being advised by doctors on their prognosis. Medical practitioners have a duty to be truthful to their patients on the probability of success in the patient’s treatment. In the case of Re R (Adult: Medical Treatment) [1996] 2 FLR 99, it was explained that a DNR order might be appropriate where “CPR was unlikely to be successful.” The Family Division Court further set out the following guidelines for both patients and medical practitioners in considering whether to sign a DNR order:

a) where the patient’s condition indicates that effective CPR is unlikely to be successful;

b) where CPR is not in accord with the recorded sustained wishes of the patient who is mentally competent; or

c) where successful CPR is likely to be followed by a lengthened quality of life which would not be acceptable to the patient.

4. Can doctors refuse to follow a patient’s DNR order?

Doctors and hospitals will usually accept and follow a patient’s DNR order on the basis that it promotes patient autonomy. AMDs have been recognized by MMC (see Q&A 2 above). However, neither the Mental Health Act 2001 nor the Medical Act 1971 provide any legal framework regulating AMDs in Malaysia. Consequently, the rights of the patients and doctors in these situations are not clearly spelt out. There are also no reported cases concerning a patient’s DNR order by the Malaysian courts.

Notwithstanding the absence of any statutory provisions in Malaysia concerning a patient’s AMD or DNR, the MMC Guidelines has noted that forcing medical treatment on a competent patient who has validly refused such treatment, despite such treatment being in the best interest of the patient, could amount to an assault or battery under the Penal Code. It is to be stressed that AMD is not the same as euthanasia, which is the deliberate act in ending the life of a person suffering from an illness by unnatural means.

An example of a patient having a “D.N.R.” tattoo on his chest was reported in the US Journal of General Internal Medicine in May 2012. The patient explained that the tattoo was obtained as a result of losing a bet while playing poker during his younger years. Notwithstanding his “D.N.R.” tattoo, the patient informed his doctors that he would want resuscitative efforts initiated in the event of a cardiac or respiratory arrest. However, the patient did not want prolonged attempts at resuscitation. In such a situation, the doctors documented the patient’s wishes in his medical case notes and they are thus justified for not abiding the patient’s “D.N.R.” tattoo.

5. What if a patient has a DNR order, but the doctors are unaware of it?

In emergency situations, doctors are obligated to proceed with attempted resuscitation which would be in the patient’s best interest. This is in line with the MCC’s Good Medical Practice 2019 which states that “Professional, ethical and humane considerations dictate that doctors render emergency or lifesaving treatment to patients irrespective of their social and financial status or suspicion of being afflicted with serious communicable diseases”. In the absence of any valid documentation, doctors would need to rely on the patient’s family members or next-of-kin to determine what would have been likely to be the patient’s decision.