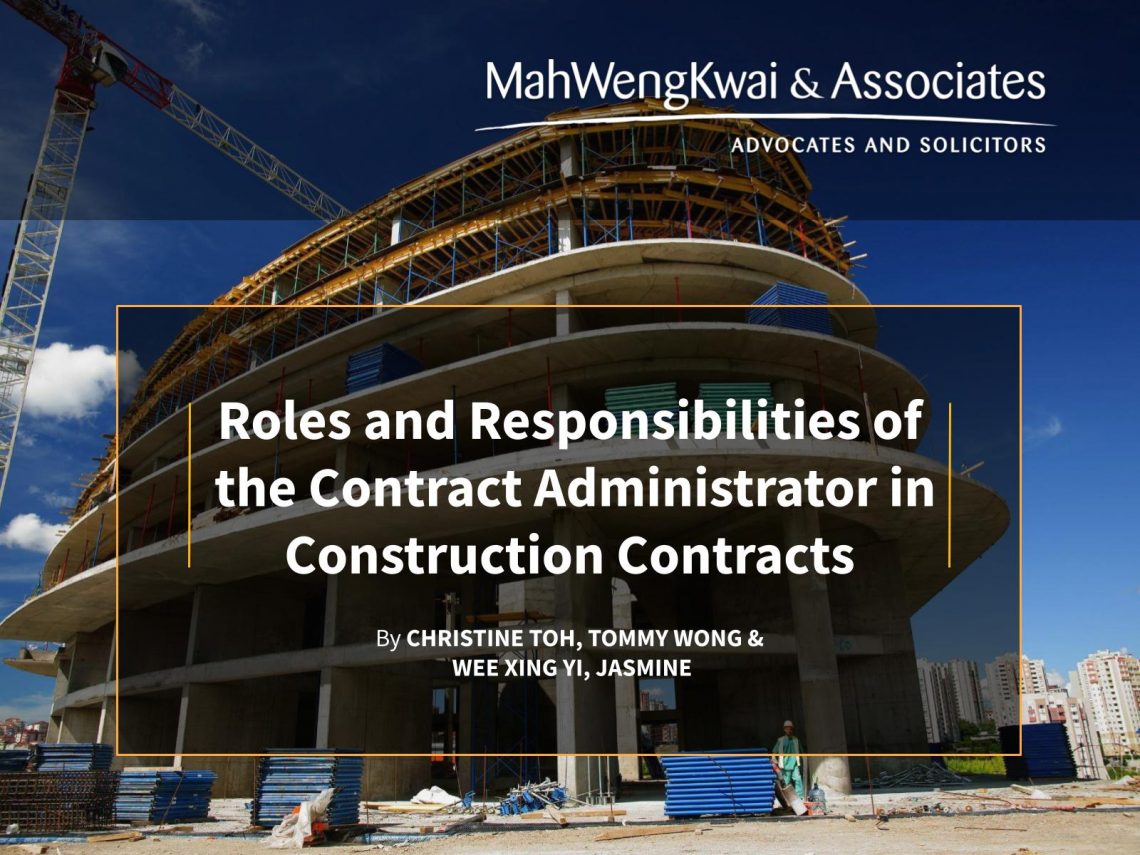 Effective administration of construction contracts is critical for a productive business relationship between the parties involved. The construction process is one that is complex, specific, long-drawn and requires detailed documentation. It is also a project in which so many things can go wrong resulting in serious losses all around. In order to reduce risk and maximise profits, a focus on effective contract administration is important.

The architect, lead consultant or quantity surveyor is commonly appointed as the contract administrator. In theory, a director or employee of either the employer or contractor may serve as the contract administrator. This may be cost-effective as it avoids the need to hire a professional. However, parties must consider the possibility of bias, or even the perception of bias, which may lead to potential disputes between the parties.

While most roles and responsibilities of a contract administrator are quite standard, some duties will vary depending on the agreed terms of the contract and the type of project undertaken between the parties.

Generally, the role of a contract administrator is to oversee the entire project, analyse, prevent or mitigate errors, risks and disputes. Overall, the objective is to ensure that the contract is carried out in the best possible manner. A contract administrator assists with discerning whether a project is progressing according to the terms of the contract in proportion to, amongst others, procurements, supervision and site records, milestone achievements, valuations, payments assessments, submissions of claims for additional payments, variations, extensions of time and rectifications.

Contract administrators occupy a dual-capacity role: they operate as an agent of the employer whilst acting as a decision-maker between the parties, ensuring that any evaluation or decision is carried out or made impartially and objectively. As expert skills are required for these evaluations, professionals are often the first to be considered for this role. It is important for a contract administrator to exercise reasonable standards of care carrying out their responsibilities in administering the project.

Examples of a contract administrator’s scope of duties include:

Meanwhile, Form 203N is a standard form of contract for a nominated sub-contractor that will comply with the main contract, i.e. either Form 203 or Form 203A. The superintending officer will also be responsible for the subcontracted works rendered and completed by the nominated subcontractor in line with the main contract. On the other hand, the contract administrator in Form DB is referred to as the project director, who will issue all instructions, notifications, consent or approvals to the contractor of the contract, and such instructions, notifications, consent or approvals shall be complied with by the contractor.

The International Federation of Consulting Engineering Contracts (FIDIC Contracts) has been around for 50 years as an international standard for the engineering industry, being recognised globally in many jurisdictions. The key to their long-standing success in the construction industry is attributed to their balanced approach to the roles and responsibilities of the relevant parties and effective allocation and management of risk.

FIDIC Contracts include four standard forms, namely FIDIC Conditions of Contract for Construction (Red Book), Plant and Design/Build (Yellow Book), EPC Turnkey Projects (Silver Book) and FIDIC Short Form of Contract (Green Book). The engineer is typically the contract administrator when it comes to a FIDIC Contract is tasked to:

The primary responsibility of ensuring a project is completed and executed properly is borne by the contract administrator. Contract administrators add value to a construction project by ensuring that the construction contract will be carried out and administered effectively and impartially, by assisting in the execution of the contract, management of the works, and mitigation or prevention of disputes, all of which contribute significantly to the timely completion and success of the project.