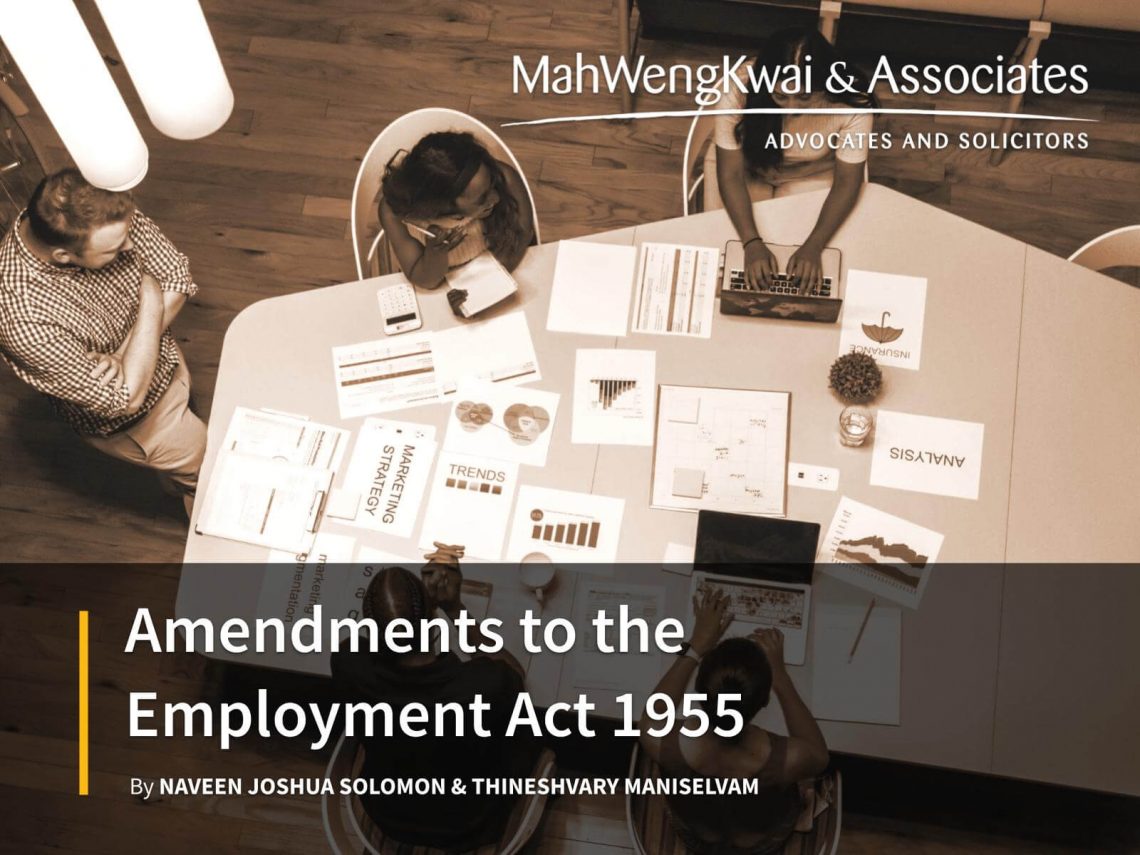 The Employment (Amendment) Bill 2021 was passed with the objective to increase and improve the protection and welfare of workers in the country in line with international labour standards as outlined by the International Labour Organisation. Given that the First Schedule of the Employment Act 1955 prescribes the application of the Act to certain categories of employees, there are uncertainties on whether the amendments would alter such categories once coming into force. As such, Malaysian employers and employees have been eagerly waiting for revisions to the First Schedule to be gazetted in relation to the categories of employees that fall within the purview of the amendments.

Key Amendments to the Employment Act 1955

The amended Employment Act 1955 offers employees more protection in line with standards prescribed by the International Labour Organisation. Some of the key amendments include the following: 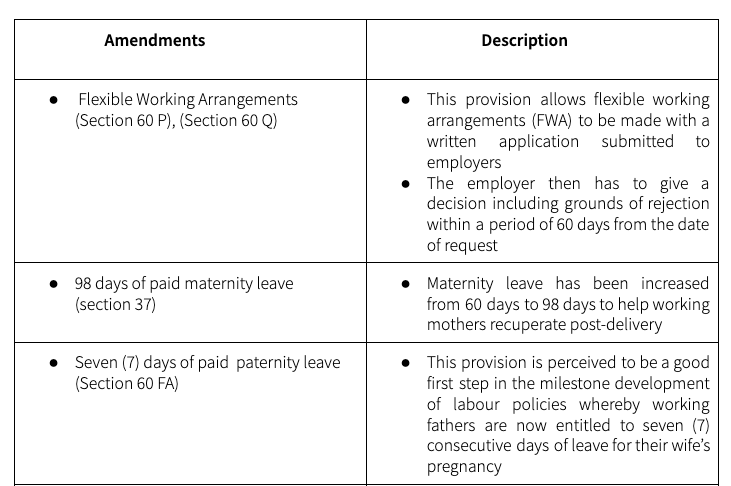 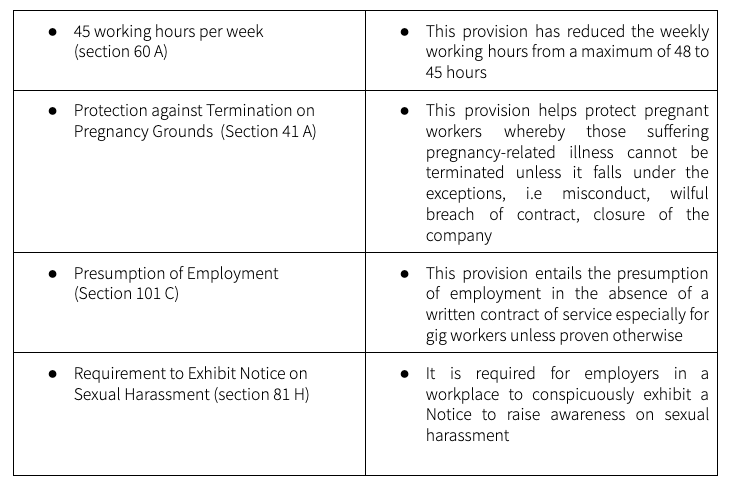 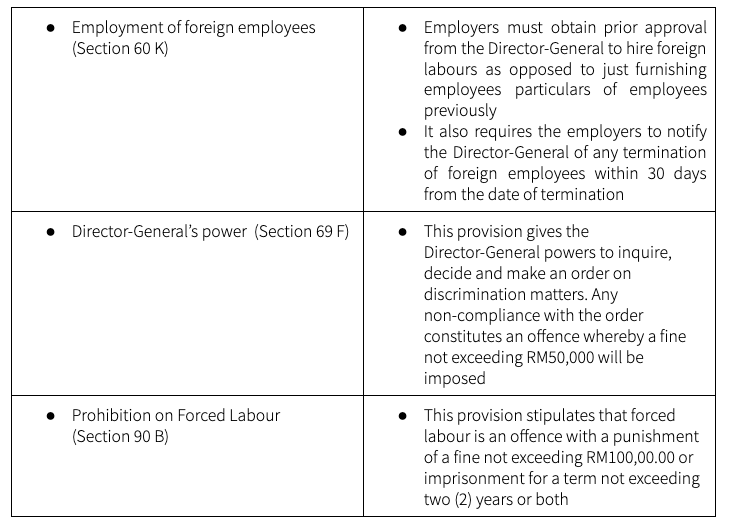 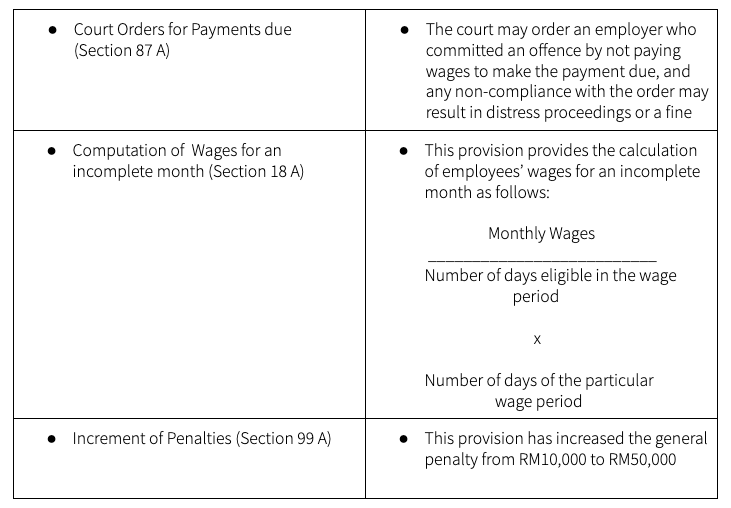 However, the First Schedule has been revised and the Employment Act 1955 is now applicable to all employees irrespective of wages, with the exception that certain provisions do not apply to employees earning more than RM4,000 per month. A brief comparison between the pre and post-amendments of the First Schedule is shown in the table below: 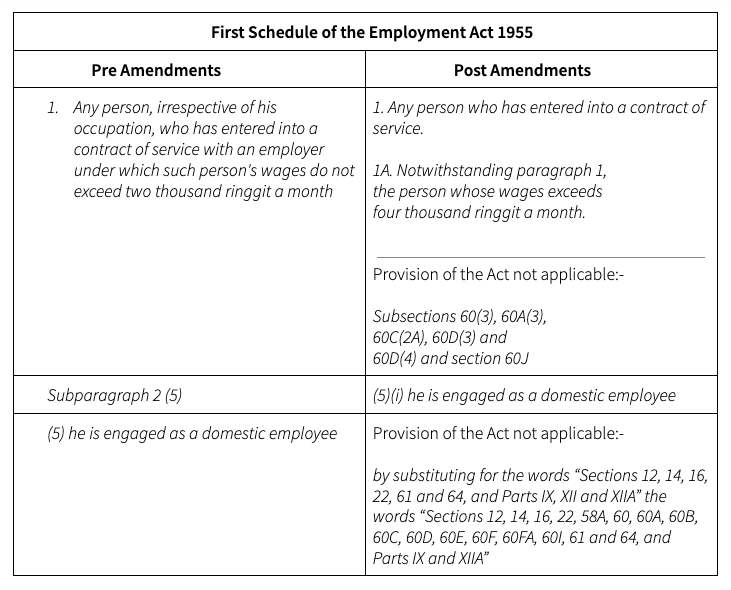 Employees whose monthly wages exceed RM4,000 are excluded from certain provisions and/or benefits under the Revised First Schedule. These provisions are listed below: 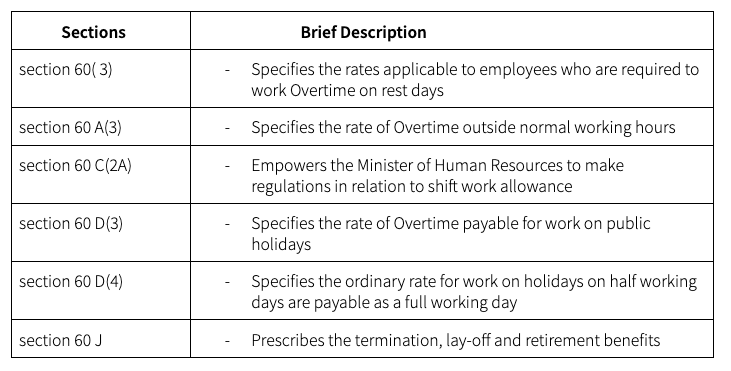 The Revised First Schedule also prescribes that the above provisions will continue to be applicable to the following categories of employees, regardless of their salary:

(a) Paragraph 2(1):  Employees engaged in manual labour including such labour as an artisan or apprentice;

(b) Paragraph 2(2):  Employees engaged in operation or maintenance of any mechanically propelled vehicle operated for the transport of passengers or goods or for reward or for commercial purposes;

(c) Paragraph 2(3):  Employees supervising or overseeing other employees engaged in manual labour employed by the same employer in and throughout the performance of their work;

The amended Employment Act 1955 now offers protection to a much larger category of employees irrespective of wages or occupation in Malaysia. Employers should note that since the effective date of the amended Employment Act 1955 is fast approaching, they should review and revise their employees’ employment contracts and policies to ensure compliance. Employers are also urged to take the necessary steps to comply with the Amended Act as well as the Revised First Schedule. For instance, the requirement to put up a notice conspicuously in the workplace to raise awareness on sexual harassment as well as to prepare the necessary application forms for flexible working arrangements and the process involved in hiring foreign employees before the Amended Act comes into force. During this process, employers should also remain vigilant while reviewing policies or revising terms of employment contracts which may have set out clauses which are contrary to the amended Employment Act 1955 as they will be deemed void and of no effect under Section 7 of the Employment Act 1955.

Please contact us should you require our services and advice on your company’s compliance with the amended Employment Act 1955.